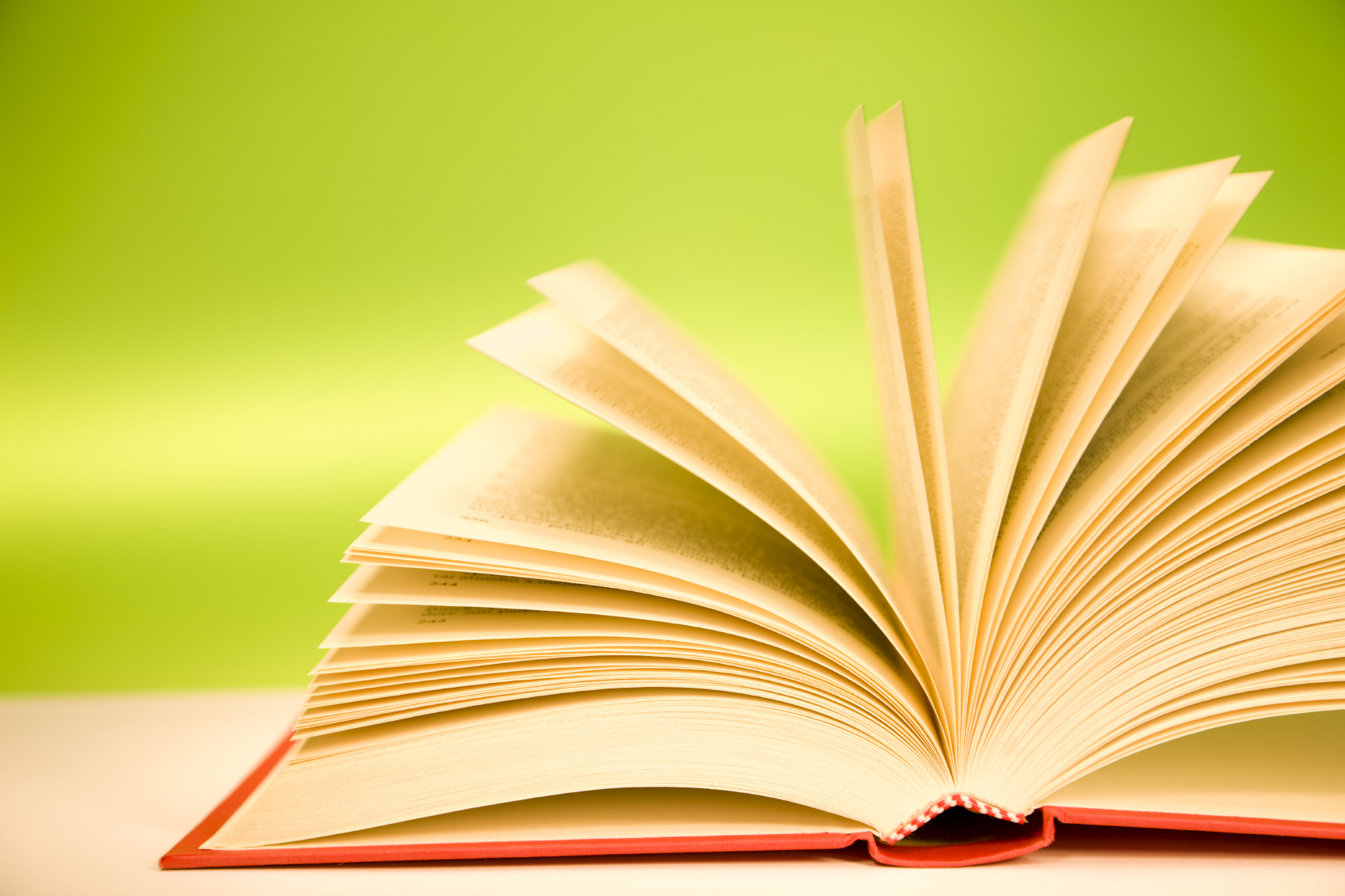 This course is not available at this time; please check back later!

By the end of this class I can:

(Adjective)
form the superlative of longer regular adjectives with 'most'.
ie. the most expensive / the most interesting

form the superlative of regular adjectives with '-est'.
ie. the biggest / the funniest

make comparisons with 'more' + longer adjectives.
ie. You're more intelligent than me. / The film was more interesting than the book.

distinguish between adjectives ending with '-ed' and '-ing'.
ie. I'm bored. / It's a very boring film. / We're very excited. / It was an exciting party.

form irregular superlatives of adjectives and adverbs such as 'best', 'worst'.
ie. the best / the worst

make comparisons with regular shorter adjectives + "-er".
ie. The journey by road is quicker (than by train). / She's cleverer than me.

make irregular comparisons of adjectives and adverbs such as 'best', 'worst'.
ie. It's better here than in London. / I'm feeling worse today.

(Adverb)
correctly place adverbs of frequency in longer sentences.
ie. She ^ goes to work by car. (always) / I have ^ eaten in this restaurant. (often)

use adverbs of frequency and manner in the correct position.
ie. I never watch TV. / She drives fast. / You should always tell the truth. / He's always late.

use a range of common adverbs of position.
ie. the level above / sitting at the back / the man in the middle

qualify adverbs with 'really/quite/very'.
ie. He talks really fast. / She goes there quite often. / She can speak Chinese very well.

(Clause)
make statements and questions with 'know' + wh-clauses.
ie. I know where he lives. / Do you know what they want?

use direct + indirect objects together after ditransitive verbs like 'give/tell/pass'.
ie. Pass her the book. / Give it to him. / Give them some food. / Don't tell me lies.

use 'so ...' to express results and consequences.
ie. You weren't there, so I came home. / He ate too much, so he did not feel well.

(Conjunction)
use 'so' to refer to results and consequences.
ie. It's raining, so we're staying in. / He failed the exam, so he didn't get the certificate.

use 'when' to link two clauses in the past simple.
ie. I met him when I was at school. / I played tennis when I was young.

(Determiner)
ask questions with 'what sort/kind of ...?'
ie. What sort of music music do you like? / What kind of cheese is this?

correctly use a range of nouns with both countable and uncountable meanings.
ie. This coffee is too hot. / I want three coffees. / Cake isn't good for you. / She made us some cakes.

use 'lots of'/'a lot of' to refer to quantities.
ie. a lot of money / lots of people

use 'some' as a qualifier with count and mass nouns.
ie. There's some milk in the fridge. / Some men are waiting outside.

use uncountable nouns without an article.
ie. We need food. / There's no gas.

use a range of basic quantifier with 'of' and noun phrases.
ie. Lots of people like him. / I lost some of my money. / We've had a bit of luck.

use 'some' and 'any' as quantifiers in negative statements and questions with count and mass nouns.
ie. Can I have some coffee? / Do you want some chocolate/biscuits? / Is there any bread? / There aren't any biscuits left.

express sufficiency and insufficiency with 'enough' and 'too'.
ie. We have enough bread. / There are too many people here. / I don’t have enough money.

use 'no' as a quantifier to indicate the absence or lack of something.
ie. There’s no sugar left. / There are no chocolates in this box. / There’s no time to do it.

use the definite article to indicate uniqueness with geographical names, etc.
ie. the Black Sea / the White House

use 'both' and 'both of' with nouns and noun phrases.
ie. They both went home. / I want both of them.

use 'should(n't)' to offer or ask for advice or suggestions.
ie. You should go to a doctor. / He shouldn't drink so much. / Where should we go?

express obligation and necessity in the present and near future with 'have to'.
ie. I have to do my homework. / I have to get up early tomorrow. / You don’t have to pay.

use ’ll+ infinitive for decisions and offers.
ie. I'll get it. / We'll help you.

use 'will' + infinitive for predictions about the future.
ie. That will be really difficult. / She’ll be late. / I’m sure it won’t be open.

use 'mustn't' to express prohibition in the present and near future.
ie. You mustn't touch it. / He mustn't speak about it.

deny possibility and ability in the past using 'couldn’t'.
ie. I couldn’t go to the party. / I couldn’t swim when I was ten. / Women couldn’t vote in the 19th century.

make offers and suggestions using 'could'.
ie. You could look it up on the internet.

use 'May I/we ...?' for formal and polite requests for permission.
ie. May we come in? / May I explain what I mean?

(Phrase)
use phrases with prepositions + adjectives + nouns.
ie. with an old hat and a cheap coat / in a large black car

use verb + '-ing' forms as the complement of a sentence.
ie. I love watching football. / I hate studying English.

make statements with the verb 'be' and adjectives with verbs in the infinitive.
ie. It was good to see you. / It’s difficult to pass the exam. / It wasn’t easy to find the restaurant.

(Preposition)
use 'of' to refer to possession and attribution.
ie. the roof of the house / the color of her hair / the start of the lesson

use 'with' and 'without' to refer to (lack of) possession and attribution.
ie. a boy with dark hair / a car with a sunroof / the woman with a child / a computer without a screen

express means using 'by' with nouns and noun phrases.
ie. go by bus/train/bike / send it by email

use 'in' as a preposition of time.
ie. in four weeks / in a few minutes

express basic cause and effect with 'because of …'
ie. It's because of the weather. / Because of my illness, I wasn't able to go with them.

ask wh-questions about the subject.
ie. Who loves you? / Who saw you? / What eats birds? / Who is sitting here?

use 'that' and 'this' as subject and object pronouns.
ie. That's clear. / This is ridiculous. / Have a look at this.

use a range of indefinite compound pronouns prefixed with 'some-'.
ie. Someone is waiting for you. / I need something to eat.

use a range of pronouns and adverbials for anaphoric (back) reference.
ie. The dog was black. It looked frightened. / I quickly walked home. There I found Marsha waiting for me. / The house had already been sold. This was a great surprise to me.

distinguish between the most common ways of expressing the future.
ie. I'm going to leave for home soon. vs. I'll leave at 9:00 tomorrow. / The train leaves at 2:15. vs. I'm leaving for Spain in two weeks.

use the present perfect to refer to personal experiences in the past.
ie. She’s worked in several countries. / I’ve been to Kiev before. / Have you seen Star Wars?

use the present perfect with 'ever'.
ie. Have you ever been to Las Vegas? / Has she ever seen your apartment?

use the present continuous with future reference.
ie. What are you doing on Saturday? / We’re playing tennis tomorrow. / We’re meeting at 3 p.m..

use the present perfect with present reference.
ie. I've hurt my knee. / He's cooked us a delicious dinner.